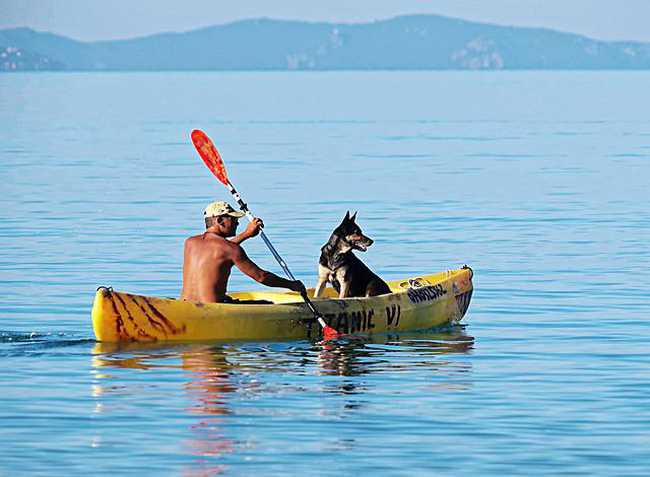 1. What are the benefits of using an inflatable kayak for sea kayaking?

Inflatable kayaks offer a number of advantages over their hard-shell counterparts for sea kayaking. Perhaps most notably, they have a much higher load capacity, often upwards of 400 pounds. This means that you can bring more gear with you on your kayaking trips, making them ideal for longer excursions. Additionally, inflatable kayaks are much easier to store than hard-shells. They typically fold down to the size of a duffel bag, meaning that you can easily stow them away when not in use.

Another advantage of inflatable kayaks is that they are generally lighter weight than their hard-shell counterparts. This makes them easier to transport and maneuver on the water. Additionally, many people find inflatable kayaks to be more comfortable than hard-shells, as they provide more padding and support.

2. Are there any drawbacks to using an inflatable kayak in salt water?

Saltwater can be tough on inflatable kayaks. Unless they are properly rinsed and cleaned with fresh water after each and every direct exposure, salt buildup can cause problems. Salt tends to build up in crevices, so it’s important to rinse all the nooks and crannies of your kayak thoroughly. Over time, salt buildup can lead to leaks or even punctures in your kayak’s fabric. So if you’re planning on paddling in salt water on a regular basis, it’s worth investing in a more durable kayak made specifically for that environment.

3. How does an inflatable kayak compare to a rigid-hulled kayak in terms of seaworthiness?

Inflatable kayaks are often seen as less capable than their rigid-hulled counterparts when it comes to seaworthiness. This reputation is not entirely deserved, as inflatable kayaks have come a long way in recent years and are now much more reliable and sturdy than they used to be. There are still some key differences between the two types of kayaks, however, that you should be aware of before making a decision about which one to buy.

Rigid-hulled kayaks are generally made out of fiberglass or plastic. They are very durable and can withstand being hit by rocks or other debris without sustaining any damage. They also tend to track better in the water, meaning they will go in a straight line more easily than an inflatable kayak. On the downside, however, rigid-hulled kayaks can be quite heavy and difficult to transport – especially if you don’t have another person to help you lift them onto your car.

See also  How Do You Paddle A Kayak?

Inflatable kayaks, on the other hand, are made out of PVC or similar materials that can be inflated using a pump. They weigh significantly less than rigid-hulled kayaks (usually around 20 pounds), making them much easier for one person to carry and transport. Inflatable kayaks also have the advantage of being able to deflate and roll up into a small package when not in use, so you can easily store them away until you’re ready to go again. The tradeoff is that they aren’t quite as durable as their rigid counterparts – although newer models are getting closer all the time – and they don’t track quite as well either.

4. Is it more difficult to paddle an inflatable kayak in rough seas?

5. How well do inflatable kayaks perform in waves and chop?

One of the main advantages of inflatable kayaks is that they are much lighter than rigid kayaks. This means that they are easier to transport and launch from the beach. They also have a smaller footprint, which makes them ideal for exploring narrow waterways.

In terms of stability, inflatable kayaks are often just as stable as rigid kayaks. The key is to make sure that they are properly inflated before getting on the water. Once on the water, it is important to keep your center of gravity low and evenly balanced between the two hulls. If you do this, you will find that inflatable kayaks can be just as stable as any other type of kayak.

See also  Can Kayaking Cause Vertigo?

6. Can you take an inflatable kayak through surf breaks?

Inflatable kayaks are designed for a variety of different water conditions, including choppy waters and surf. However, it is important to take into account the size and weight of your kayak when paddling through surf breaks. Heavier and larger kayaks may be more difficult to maneuver in these conditions. Additionally, make sure you have proper flotation devices and safety gear with you in case of capsizing.

7. How is paddling an inflatable different from paddling a traditional hard-shell sea kayak?

8. Are there any special considerations when packing or storing an inflatable kayak for a sea voyage?

When packing or storing an inflatable kayak for a sea voyage, there are several special considerations to keep in mind. First and foremost, it is important to make sure that the kayak is properly inflated before storage or transport. If the kayak is not properly inflated, it could be damaged during transit. Additionally, the kayak should be stored in a dry place away from direct sunlight. Sunlight can cause the material of the kayak to break down over time. Finally, it is important to inspect the kayak regularly for any signs of damage such as leaks or cracks. If any damage is found, it should be repaired immediately to avoid further deterioration.

9. What are some tips for paddlers who are new to using inflated boats on the ocean?

Inflatable boats are a great option for paddlers who are new to using boats on the ocean. They are lightweight and easy to transport, making them perfect for exploring new areas. Here are some tips for paddling an inflatable boat on the ocean:

1. Choose the right size boat. Inflatable boats come in a variety of sizes, so it is important to choose one that is appropriate for your needs. If you are planning on spending extended periods of time on the water, or if you will be carrying a lot of gear, you should opt for a larger boat. However, if you just want something light and portable for occasional use, a smaller boat may be more suitable.

See also  Is Kayaking A Date?

2. Don’t forget about safety equipment. Just because an inflatable boat is small doesn’t mean it isn’t susceptible to danger on the open water. Make sure you have all the necessary safety equipment onboard, including life jackets, flares, and a first aid kit.

3. Be aware of wind and waves. One of the challenges of paddling an inflatable boat is dealing with wind and waves. If possible, try to paddle in calm conditions with little wind and wave action. However, if you do find yourself in choppy waters ,remember to keep your body low in the boat and paddle with short strokes to maintain stability. Also , avoid turning sharply as this can cause the boat to capsize. Instead , make wide turns by turning your whole body in unison with the paddle.

10. Are there any areas where it is particularly dangerous or unadvisable to use an inflateable vessel such as a seacoast with strong currents or large tides ? What other advice would you give about choosing & safely enjoying adventures by sea Kayaking

There are definitely some areas where it is not advised to use an inflatable vessel for kayaking. Some examples of these places would be a seacoast with strong currents or large tides. These conditions could easily cause the vessel to capsize, which would be dangerous for the kayaker. Other advice that should be taken into consideration when choosing to go kayaking is the weather conditions. If it is going to be a windy day, then it might not be the best idea to go out on the water. The same goes for if thunderstorms are in the forecast; being stuck in a storm out on the open water is not ideal. Additionally, it is always important to wear a life jacket when kayaking (and really anytime you are on or near water). And lastly, make sure someone knows your plan before heading out! Tell them what time you expect to return and give them a general idea of where you will be so they can come look for you if need be.