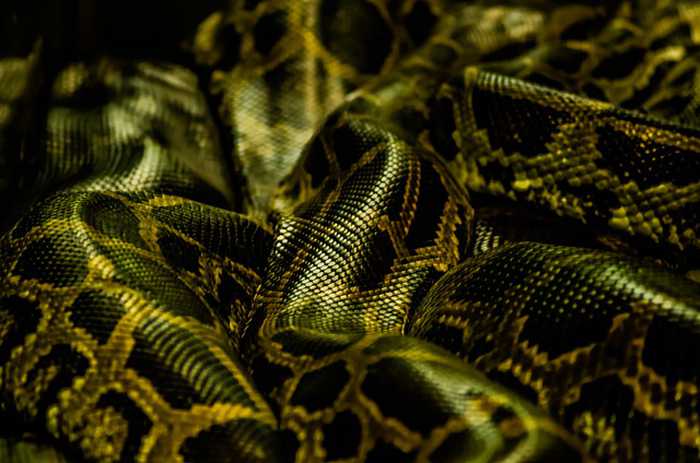 As you may know, pythons are devouring native animal life in the unique ecosystem of South Florida. To help solve the problem, Florida Fish and Wildlife officials have turned to amateur and professional hunters to round up the reptiles in a wild competition called the Python Bowl.

So far, the results have been promising. In just a few short years, over 3,000 pythons have been removed from the Everglades. And while that may not seem like a lot when you consider there are an estimated 100,000 of these snakes slithering around South Florida, it’s still a significant dent in their population.

The best part about this program is that it’s having a positive impact on other animals as well. With fewer pythons preying on them, species like rabbits and foxes are starting to rebound. And that’s good news for everyone who loves seeing wildlife thrive in its natural habitat.

Do you get paid for catching pythons in Florida?

Yes, you can get paid for catching pythons in Florida! The Florida Python Challenge® is a new program that offers a $10,000 award for anyone who catches the most pythons.

Do you get paid to hunt pythons in the Everglades?

Yes, there are actually several ways that you can get paid to hunt pythons in the Everglades! The Florida Fish and Wildlife Conservation Commission (FWC) offers a Python Pickup Program that will pay you $8 per hour to remove pythons from public lands.

How much do you get for killing a python in Florida?

In Florida, a new $10,000 award has been announced for the Florida Python Challenge®. This award is given to whoever can kill the most pythons.

How much do Python hunters get paid?

If you’re thinking about becoming a python hunter in Florida, you might be wondering how much you can earn. The state’s bounty program offers a minimum wage rate for up to 10 hours of work per day, plus bonuses for each python that you catch. For example, you could earn $50 for each python measuring up to four feet, plus an additional $25 for each foot above four feet. So if you caught a six-foot python, you would earn a total of $100.

What happens to captured pythons in Florida?

If you capture a python in Florida, there are a few things you need to know. First, the event’s rules state that all pythons must be humanely killed and presented dead at one of the check stations. Second, according to the Florida Fish and Wildlife Conservation Commission (FWC), Burmese pythons can be humanely killed on private land at any time as long as hunters have the landowner’s permission.

So, if you find yourself in possession of a captured python, make sure to follow the event rules and kill it humanely. If you’re on private land, you can do this at any time as long as you have the landowners permission.

What do they do with pythons caught in Florida?

If you’re lucky enough to catch a Burmese python in Florida, congratulations! These snakes are notoriously difficult to track down and capture. But what do you do with your prize?

The event’s rules state all pythons captured must be humanely killed and presented dead at one of multiple check stations. According to the FWC, Burmese pythons can be humanely killed on private land at any time in Florida as long as hunters have the landowner’s permission.

So if you’ve got a python and you’re not sure what to do with it, take it to one of the designated check stations where experts will ensure that it is euthanized properly.

Why don’t they just shoot the pythons in Florida?

If you’re asking why the Florida Fish and Wildlife Conservation Commission (FWC) isn’t just shootingBurmese pythons, it’s because that wouldn’t be an effective way to manage this nonnative constrictor. The FWC is encouraging the public to help manage this species.

See also  Hunting Does Late Season (Here is The Answer!)

The native range of the Burmese python stretches from India to lower China, throughout the Malay Peninsula and on some islands in the East Indies. It is an invasive species which negatively impacts native wildlife in and around the Everglades ecosystem in south Florida.

The average size of a Burmese python removed in Florida is 8 to 10 feet. They may reach a length of 26 feet and a weight of more than 200 pounds.

Shooting pythons isn’t an effective management tool for several reasons: Pythons are extremely difficult to target while they’re hiding in thick vegetation; even if we could remove every single python from an area, they would likely just repopulate from other nearby populations; and finally, research has shown that python removal can actually increase local prey abundance which could lead to bursting population growths of raccoons, opossums, and rabbits – further exacerbating problems associated with these overabundant species.

What happens to the pythons captured in the Everglades?

The pythons captured in the Everglades are either euthanized or sold to zoos and research facilities. Florida pays trappers to hunt them, and the problem with Burmese pythons is handled in a unique way: the state grants trappers official sanction to kill them, provided that they follow the hunting regulations of the land and time of year they take part in it. This helps keep the population of these snakes under control and prevents them from becoming an invasive species.

How much do you get paid to hunt pythons in Florida?

You can win prizes for hunting pythons in Florida, with the grand prize being $10,000. You must remove the most pythons during a 10-day competition to be eligible for the grand prize.

Does Florida pay for captured pythons?

Yes, Florida does pay for captured pythons. The state has a program called the Python Challenge® that offers a $10,000 prize for the capture of the most pythons. The program is sponsored by Virtual Business Services, and it is open to anyone who wants to participate.

Can you make money killing pythons in Florida?

No, only designated contractors are eligible for compensation in the Python Elimination Program.

How much does Florida pay to hunt pythons?

In Florida, you can win prizes for hunting Burmese pythons. The Professional and Novice categories both offer prizes for removing the most and longest pythons. Additionally, the person who removes the most pythons during the 10-day competition will receive a $10,000 grand prize from the Florida Fish and Wildlife Conservation Commission (FWC).

Does Florida pay you to catch pythons?

Yes, Florida does pay you to catch pythons. The state has a program that began in March 2017 that pays an hourly wage for up to 40 hours a week plus bonuses based on snake length. So far, district hunters have removed about 5,250 pythons from the Everglades, and the Florida Fish and Wildlife Conservation Commission’s hunters have caught an additional 3,385 pythons.