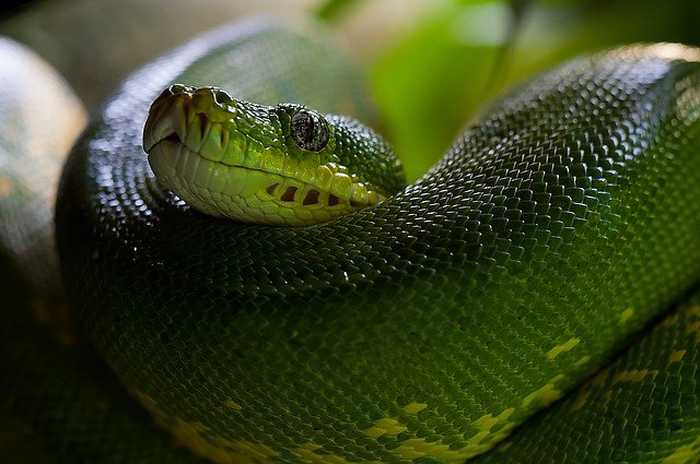 Python hunting is a legal activity that can be carried out year-round in Florida. The Florida Fish and Wildlife Conservation Commission (FWC) takes other innovative approaches to encourage removal of the destructive snakes. Since 2000, more than 13,000 Burmese pythons have been removed from the state of Florida.

Python hunting can help control the population of these invasive snakes, which can cause significant damage to native wildlife and ecosystems. These large constrictor snakes are not native to Florida, but they have become established in the wild after being released or escaping from captivity.

Burmese pythons pose a threat to native wildlife because they compete for food and habitat, and they can prey on animals as large as alligators. The FWC encourages people to remove pythons from public lands throughout the state whenever possible.

A variety of methods can be used to hunt pythons, including traps, dogs, and even drones. Some hunters choose to donate their harvest to research facilities or zoos, while others sell them for their meat or skin.

Can you get paid to hunt pythons in Florida?

So you want to get paid to hunt pythons in Florida? Well, good news! The Florida Fish and Wildlife Conservation Commission (FWC), South Florida Water Management District and the Fish & Wildlife Foundation of Florida are pleased to announce a new $10,000 Ultimate Grand Prize exclusive to the 2021 Florida Python Challenge® thanks to sponsor, Virtual Business Services. That’s right – you could earn a cool $10,000 just for hunting pythons in the Sunshine State!

Of course, there are some requirements. First off, you must be 18 years of age or older and have a valid hunting license. Secondly, you’ll need to register for the challenge online. Once registered, you can start hunting pythons anytime between July 17 and August 7. And finally, all python hunters must attend a mandatory training session led by FWC biologists prior to beginning their hunt (sessions will be held virtually and in-person across South Florida).

What do they do with captured pythons in Florida?

If you capture a python in Florida, there are a few things you can do with it. You can humanely kill it on private land with the permission of the landowner – no permit or hunting license is required. Alternatively, you can turn it over to the Florida Fish and Wildlife Conservation Commission (FWC), who will remove it from your property and euthanize it.

See also  What Hunting Season Is It In Texas? (Must Read!)

The FWC encourages people to remove and kill pythons from private lands whenever possible, as they are a non-native species that pose a threat to native wildlife. If you do choose to kill a python, make sure you do so humanely by decapitating it or severing its brainstem.

Where can I go python hunting in Florida?

There are a few different places you can go python hunting in Florida. The Taylor Wildlife Management Area, Big Cypress National Preserve, Everglades National Park, Frog Pond and Rocky Glades Public Small Game Hunting Areas are all designated lands where you can hunt for pythons.

Before you head out on your python hunting adventure, make sure to check the regulations for each area. Some areas may have specific rules or guidelines that you need to follow. For example, the Taylor Wildlife Management Area requires hunters to possess a valid Florida hunting license and permits.

Why are pythons a problem in Florida?

Pythons are a problem in Florida because they are an invasive species. They are not native to Florida, and they have no natural predators here. As a result, they have been able to multiply unchecked and have had a devastating impact on the native ecosystem.

Pythons prey on native animals, including some that are already endangered. They also compete with native animals for food and habitat. In addition, pythons can spread disease to both humans and other animals.

What do they do with the pythons they catch in Florida?

If you’re lucky enough to catch a python in Florida, congratulations! You’re helping to protect the state’s ecosystem. Here’s what you need to do next.

First, make sure you follow the event’s rules. All pythons must be humanely killed and presented dead at one of the check stations. According to the Florida Fish and Wildlife Conservation Commission (FWC), this can be done on private land at any time, as long as you have the landowner’s permission.

Once you’ve caught and killed your python, take it to one of the designated check stations. There, wildlife officials will weigh and measure your snake and enter it into their database. This information helps them track the population of these invasive animals and learn more about their habits.

What do they do with caught pythons in Florida?

In Florida, pythons can be humanely killed on private lands at any time with landowner permission. There is no need for a permit or hunting license. The Florida Fish and Wildlife Conservation Commission (FWC) encourages people to remove and kill pythons from private lands whenever possible.

Why are they catching pythons live in Florida?

There are a few reasons why they catching pythons live in Florida. One reason is that the snakes are an invasive species and pose a threat to native wildlife. Another reason is that python meat is considered a delicacy in some cultures, so there is a market for the snake’s flesh. Finally, the skins of these snakes can be used to make products like boots and belts.

Where can I hunt Burmese pythons in Florida?

If you’re looking to hunt Burmese pythons in Florida, you’ll be glad to know that you can do so on private lands with landowner permission. You don’t need a permit to hunt these snakes, and the Florida Fish and Wildlife Conservation Commission (FWC) actually encourages people to remove and kill them from private properties whenever possible.

Why do they catch pythons alive in Florida?

The Florida Everglades is home to a large population of Burmese pythons, an invasive species that poses a serious threat to the ecosystem. In order to control the python population and prevent further damage to the Everglades, the state of Florida holds regular Python Challenges.

During these challenges, snake hunters are tasked with catching as many pythons as possible. The snakes are then turned over to wildlife officials who remove them from the park. It is important to catch the pythons alive, as this allows for valuable data to be collected about their movements and habits. Additionally, live captures allow for more information to be gathered about potential methods of control and eradication.

Where can I hunt python in Florida?

There are a few things to keep in mind if you’re planning on hunting pythons in Florida. First, pythons are not native to the state, so they can be difficult to find. Second, pythons are protected by the Endangered Species Act,so make sure you have the proper permits before attempting to hunt one. Finally, pythons can be dangerous animals, so make sure you know what you’re doing before heading out into the wild to try and find one.

Where is the best place to hunt pythons in Florida?

If you’re looking for the best places to hunt pythons in Florida, there are a few key spots you should focus on. Southern Glades Wildlife and Environmental Area (WEA), Frog Pond State Game Area (SGA), Rocky Glades SGA, and Big Cypress Wildlife Management Area (WMA) are all great areas to start your search.

Each of these areas has its own unique benefits when it comes to hunting pythons. For example, Southern Glades WEA is known for its large population of pythons, while Rocky Glades SGA is home to some of the largest snakes in the state. No matter which area you choose to focus on, you’ll be sure to have a successful hunt.

How much do you get paid to hunt pythons in Florida?

If you’re interested in hunting pythons in Florida, you may be wondering how much you can earn. The answer depends on a few factors, including the category you enter and how many pythons you remove.

In the Professional category, prizes are awarded for removing the most and longest Burmese pythons. The grand prize is $10,000, which goes to the eligible participant who removes the most pythons during the 10-day competition.

So if you’re thinking about entering one of these competitions, it’s important to consider how many pythons you think you can remove. If you removal a large number of pythons, especially long ones, then your chances of winning a prize increase significantly.

Do they eat pythons caught in Florida?

Yes, they do eat pythons caught in Florida! The meat is actually quite delicious and is often compared to chicken. Python meat is a lean protein source that is low in fat and calories. It is also high in iron and phosphorus.